Microsoft is replacing its existing ‘My Office’ app with a new Office app for Windows 10 — a Progressive Web App which will be available to all Office users ‘soon.’

By Mary Jo Foley for All About Microsoft 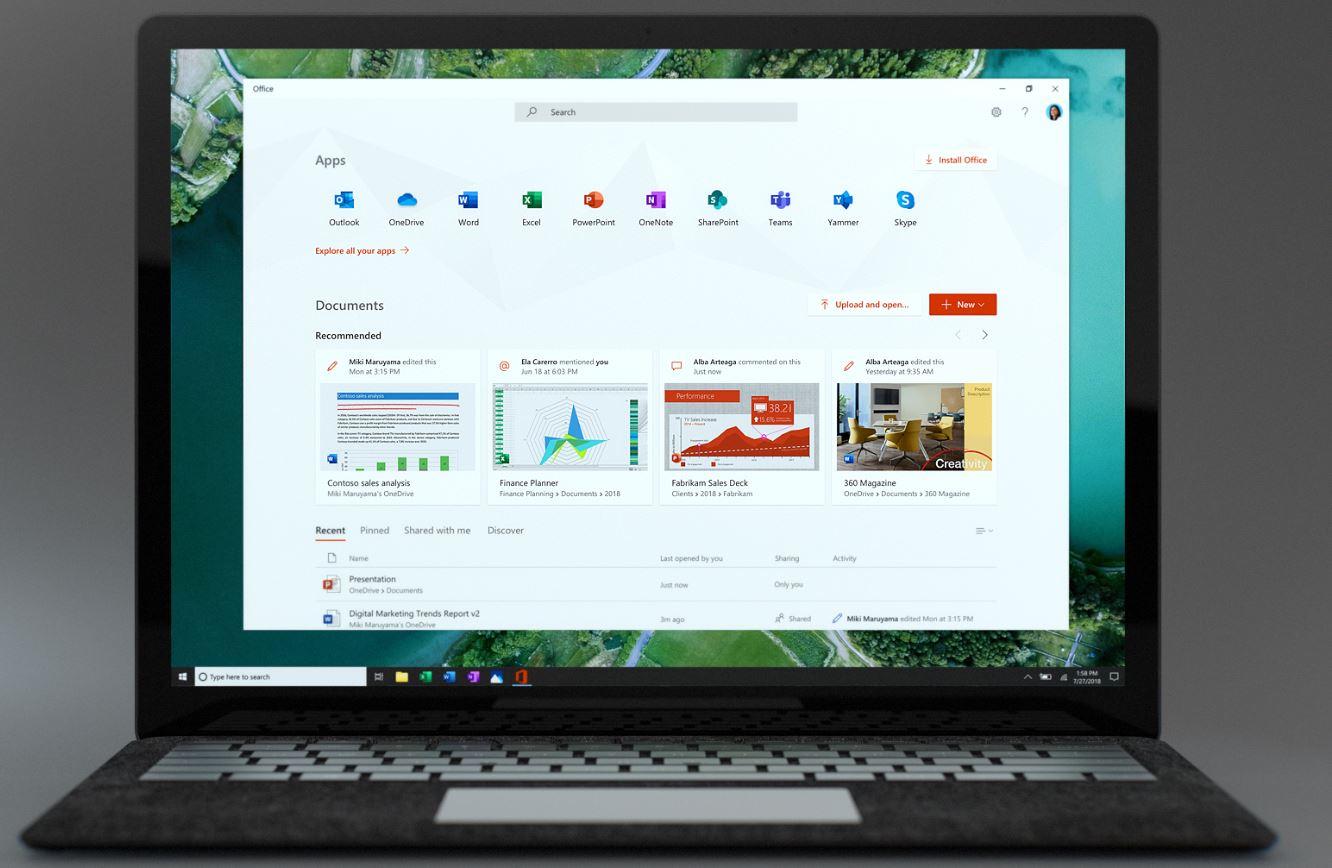 Microsoft has been looking for ways to simplify the way users log into Office and find their documents via its Office.com portal. On December 19, the company is taking another step in this area by introducing something it’s calling simply the Office app for Windows 10.

This new Office app is the successor to the existing “My Office” app that’s already available to Windows users. Starting today, Windows Insider testers in the Fast ring can download this new app to test it and it will roll out to all Windows 10 users “soon,” officials said. My Office allows users to find and install all their Office 365 subscription-related components from a single place. It allows users to view and edit their recent documents, find tips, see their subscription benefits and more.

The coming free Office for Windows 10 app can be used in conjunction with any Office variant — Office 365 Commercial, Office 365 Consumer, a perpetual version of Office (like Office 2016 and 2019) or the web-based Office Online. The app is meant to help users quickly switch between their various Office apps, as well as more easily find recently used documents, whether they’re stored on a local machine, in OneDrive or SharePoint. The app will include Microsoft’s recently announced unified Microsoft Search feature that the company is building to work in a common way across Windows 10, Office 365 and Bing.

The new Office app will also give users a simple way to find the list of apps and services available to them and to install the Office apps locally. They can connect to “My Account” from inside the app to manage their accounts and subscriptions (if they have subscriptions). I asked Microsoft officials if this app will, at some point, also integrate with LinkedIn information and data and was told by a spokesperson that the company had no information to share on that front at this time.

Those who already use the existing My Office app will get the new Office app through an automatic update once it’s available. Those who don’t can download the app from the Microsoft Store. (The new Office app for Windows 10 is a Progressive Web App (PWA), officials confirmed when I asked.) Starting in the summer of 2019, new Windows 10 devices will ship with this Office app already installed.

This article was first published on ZDNet.